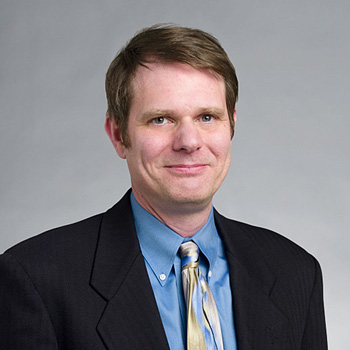 Tom brings a diverse background in theatre technology and production management to his work for Auerbach Pollock Friedlander.  With over ten years of experience at professional theatre companies in management positions, his perspective and understanding of facility user operations is of critical importance to the firm’s projects.  Tom is the principal-in-charge of Auerbach Pollock Friedlander’s Minneapolis project office where he provides hands-on response to many of the firm’s projects in the central and western United States.

Before his move to consulting, Tom worked as production manager for the Tony Award winning Berkeley Repertory Company.  While working as project manager and building committee member on a series of facility additions and renovations, he also served as the owner’s representative for the Berkeley Repertory Theatre Second Stage.

Tom’s professional theatre credits also include five years working for the University of North Carolina’s Playmakers Repertory Company as a production manager and adjunct assistant professor.  He also worked as assistant technical director for the Guthrie Theatre and in technical capacities for Yale Repertory and the Colorado Shakespeare Festival.  His touring background includes working as a member of the house crew for IATSE local #417 in Chapel Hill, North Carolina, and a tour with the Broadway production of “A Walk in the Woods.”