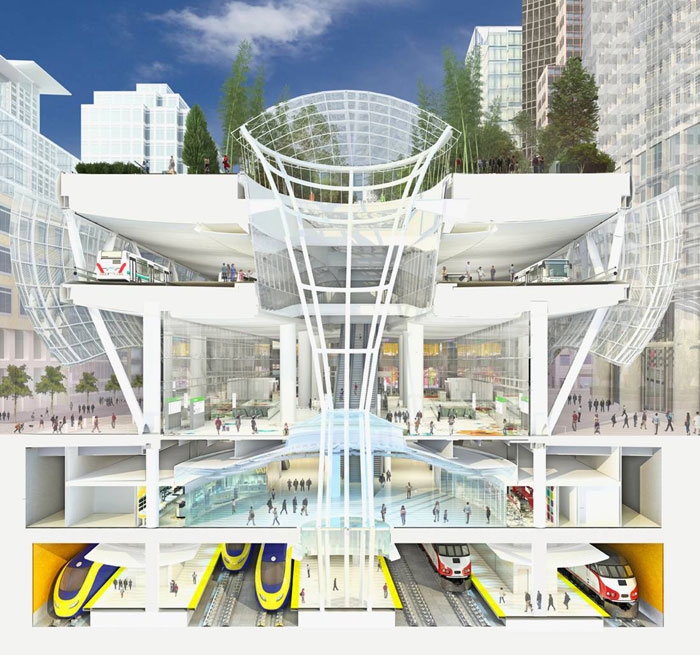 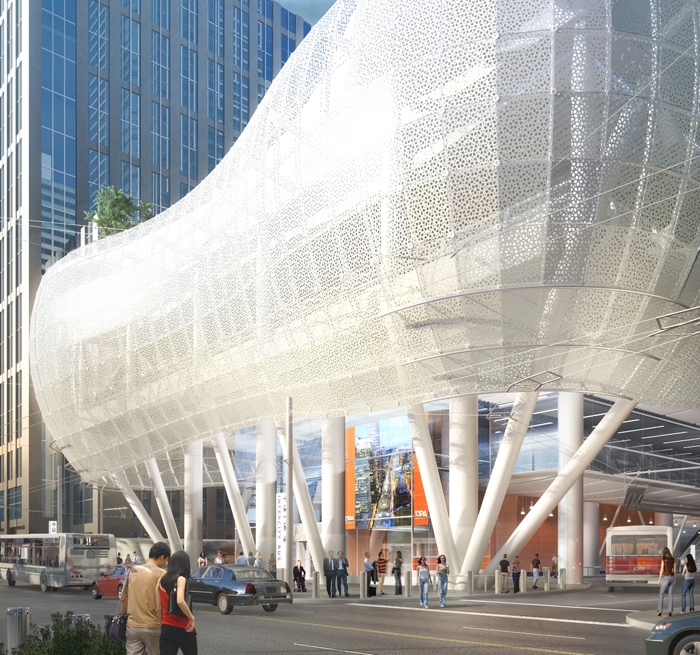 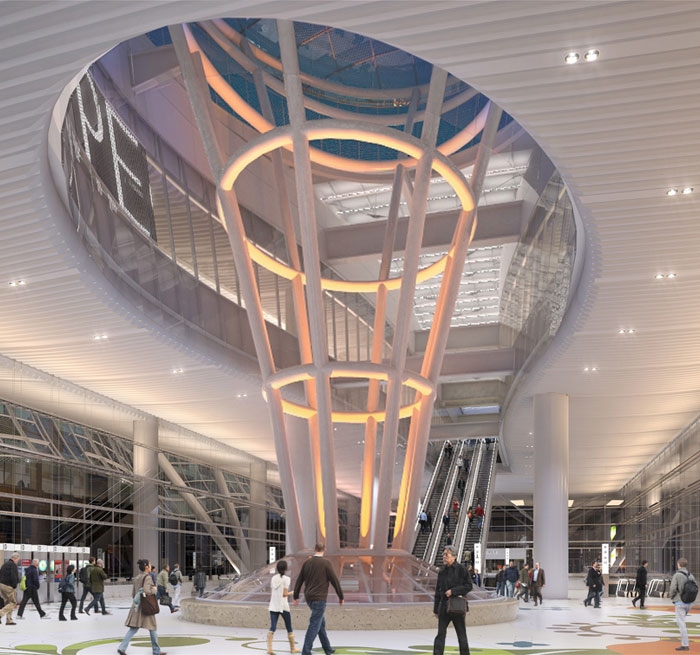 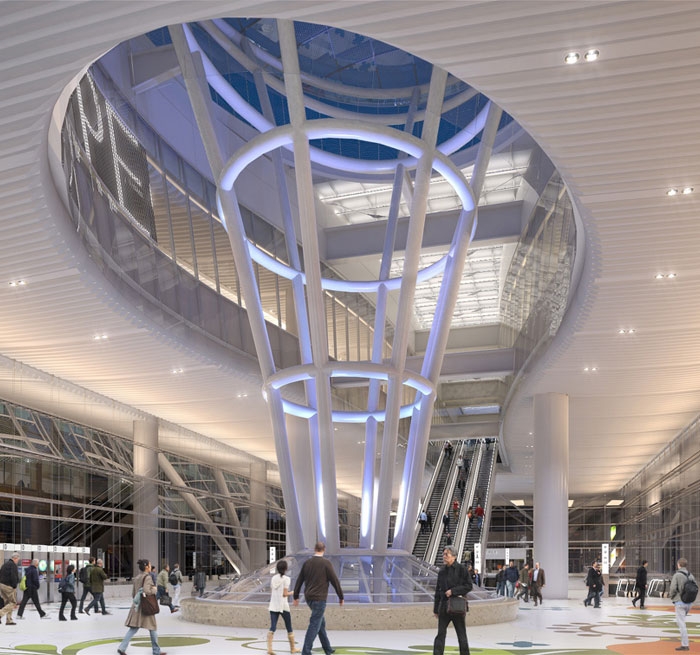 Auerbach Glasow provided architectural lighting design for all the public interior spaces and the exterior skin/façade of the building as well as the ground floor exterior, pedestrian and sidewalk lighting.

The Salesforce Transit Center is the centerpiece of a new neighborhood and a hub of social and commercial activity. A rhythmic pattern of curving steel trees animates the building’s exterior forming its four façades. The undulating exterior skin is clad in perforated metal panels. At night, the transparent nature of the building is accented through gentle illumination of horizontal and vertical interior surfaces. The central public space is known as the “Grand Central Station of the West.”  A light column topped by a large feature skylight is highlighted with color changing accent lights.

The Salesforce Transit Center is an iconic and transformational architectural addition to the city of San Francisco.