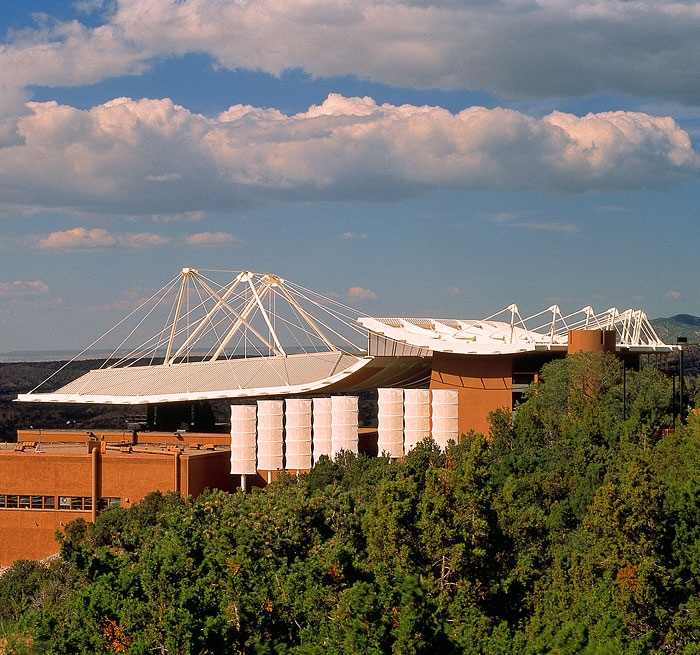 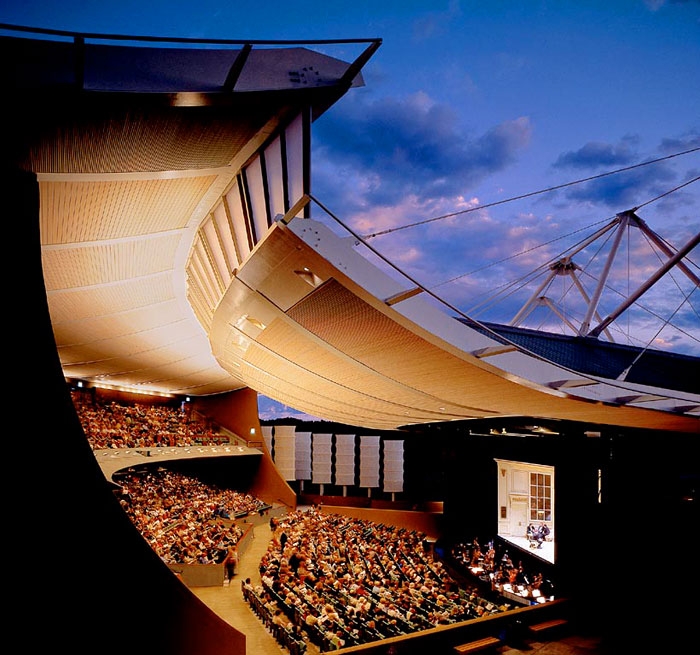 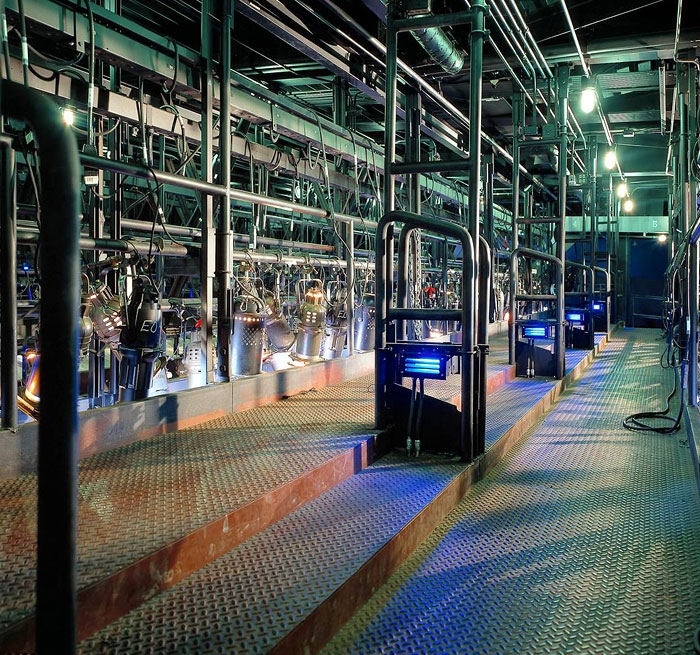 The Santa Fe Opera’s Crosby Theater has earned a reputation as one of the world’s most unique outdoor performance venues. The need to increase seating capacity, preserve the unique environmental performance experience, provide full coverage of the audience and seamlessly incorporate the theatrical systems was a challenge embraced by the entire design team.

Influenced by the Opera’s unique production conditions, which includes a short summer season with five full operas in nightly repertory, Auerbach Pollock Friedlander collaborated closely with the Opera’s staff in the design of theatrical functions of the over stage roof, replacement of the theatrical lighting systems and redesign of audience seating.

Incorporating the original roof supporting star columns, two new roof canopies replaced the stage and auditorium canopies to form an acoustically reflective steel-ribbed, cable stayed structure. The firm analyzed individual sightlines to expand the orchestra seating level and balcony boosting the seating capacity from 1,880 to 2,126 seats, while maintaining optimal views of the stage and developing a lobby plaza and bars. The new balcony canopy and over stage roof come together at their intersecting apex with a clerestory truss covering all the seats, while maintaining the feeling of the distinctive open-air quality that is one of the theater’s most alluring attributes. A clear vista over the stage house to the mountains in the distance is maintained.

Because of its on-going and highly-sought-after internship program and its short, dense season, the theatrical lighting positions and control system were designed with a high degree of reliability and access, assuring safe and efficient change over between performances.

The space is a direct reflection of the Opera’s ongoing mission to introduce new work and offer quality productions while maintaining an atmosphere unlike any other opera house in the world.