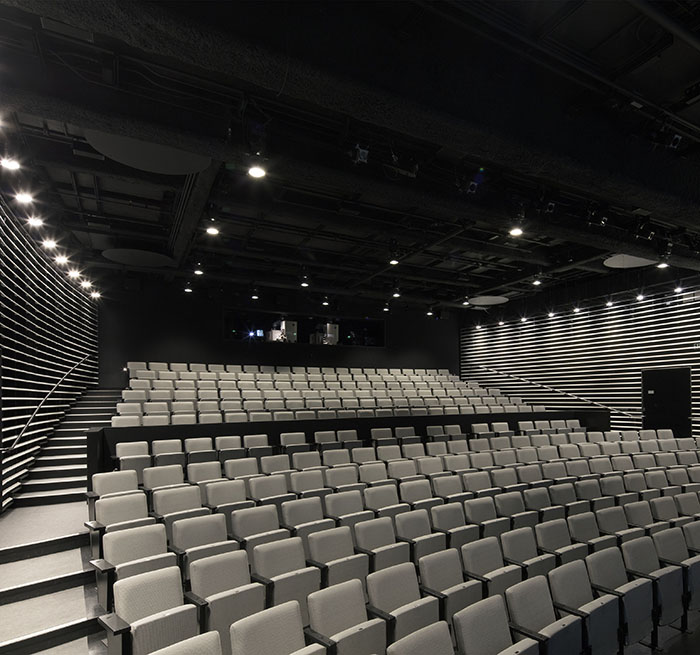 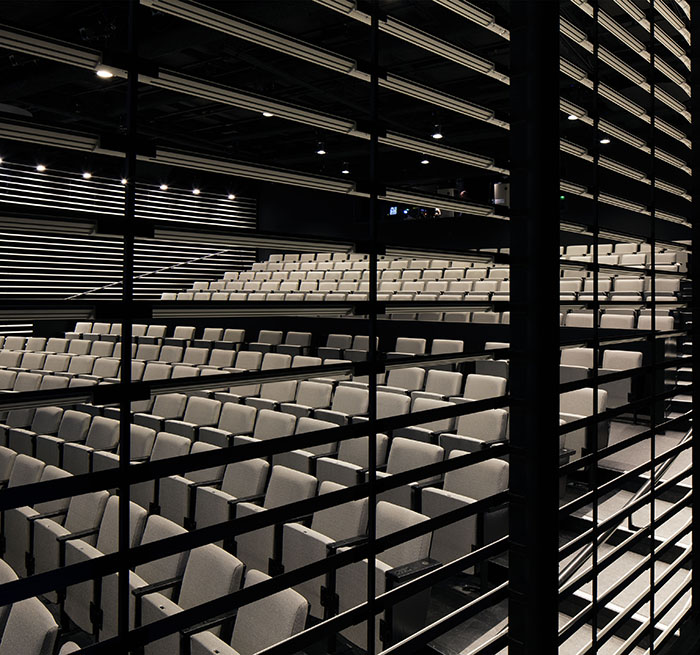 Auerbach Glasow provided architectural lighting design services for the original Mario Botta-designed San Francisco Museum of Modern Art’s (SFMOMA) building façade and Wattis Theater.  As part of the SFMOMA expansion project by Snøhetta Architects, the firm returned as lighting designer for the Wattis, the revised Third Street entry, and retail spaces on the first and second levels of the museum.

Auerbach Glasow worked closely with the associate architect, EHDD, on the theatre’s main architectural feature: an acoustically transparent wall, which was conceived to be an illuminated design attribute. The wall helps delineate circulation for the stage while concealing significant audio-video equipment along the outer perimeter of the venue. A multitude of technical elements had to be sensitively contained within the pre-existing footprint. A full-scale mock-up was created by EHDD in Auerbach Glasow’s light lab which was tested extensively to achieve the desired lighting effect. The firm played a key role in finalizing the design of the wall, keeping the intimacy of the space and sensitivity to the architecture as a priority.

The Wattis Theater is heralded as one of San Francisco’s best presentation venues and the renovated venue opens the door for more innovative programming.