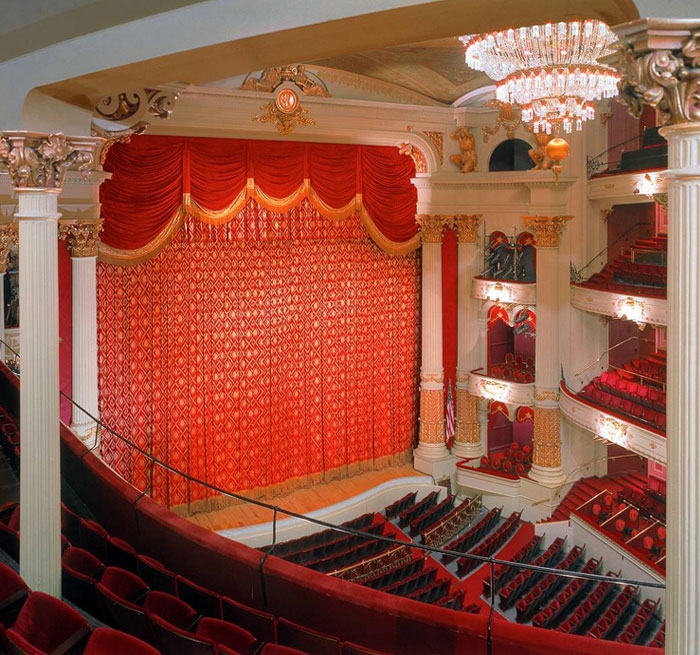 The Academy of Music

Much of the existing lighting was left untouched but the antiquated dimming control system was upgraded and all low efficiency lamping was replaced. The stately grand chandelier was completely rewired and new downlights were installed within it. Based upon historical research of early photographs, the wall sconces on the orchestra level were added back to their original locations.