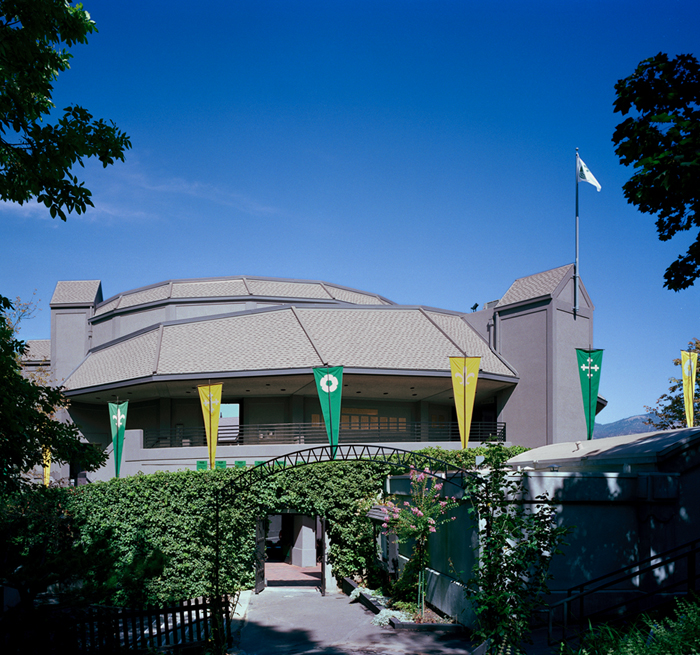 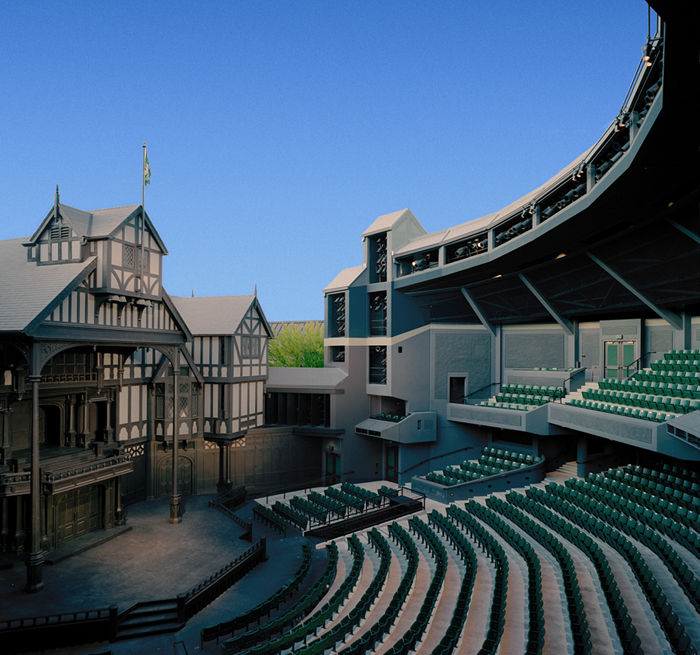 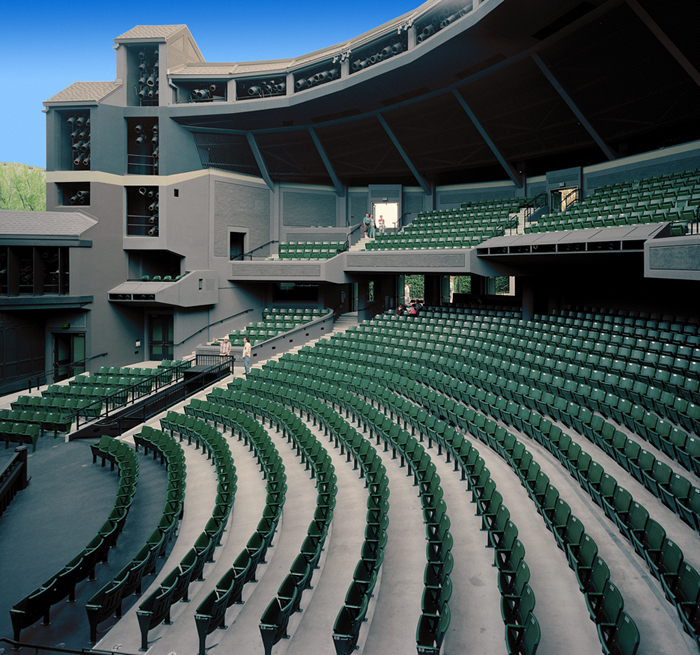 The Oregon Shakespeare Festival, founded in 1935, is one of the oldest and largest professional non-profit theatres in the United States. The Festival’s primary venue – the Allen Elizabethan Theatre – was its first, offering an evening of Shakespeare under the stars and in the shadow of Mt. Ashland.

Work on the Allen Pavilion began in 1987 with the express goal of solving the acoustical issues of local traffic noise. The primary design recognized the need for acoustical separation from street noise as well as the greater need to provide acoustically-reflective surfaces to naturally reinforce the spoken word without amplification.

Auerbach Pollock Friedlander provided theatre consulting services for the design of a 1,200-seat multi-level outdoor audience pavilion to mate with the existing historic Elizabethan theatre structure. The firm’s work included new theatrical lighting systems and architectural lighting. The goal was to begin demolition at ‘strike’ of the last show of the season, with a slightly delayed opening the following season, to allow for construction of the new venue over the winter.

The pavilion encircles the seating area and provides improved acoustics, sightlines and technical capabilities. Vomitoria were added, increasing staging possibilities with entrances, from under the audience area. The theatre’s seating capacity did not change but several hundred seats were raised onto a roofed balcony, which was shaped to accommodate the venue’s front lighting positions. The theatre, with only a partial roof, is open to the sky.