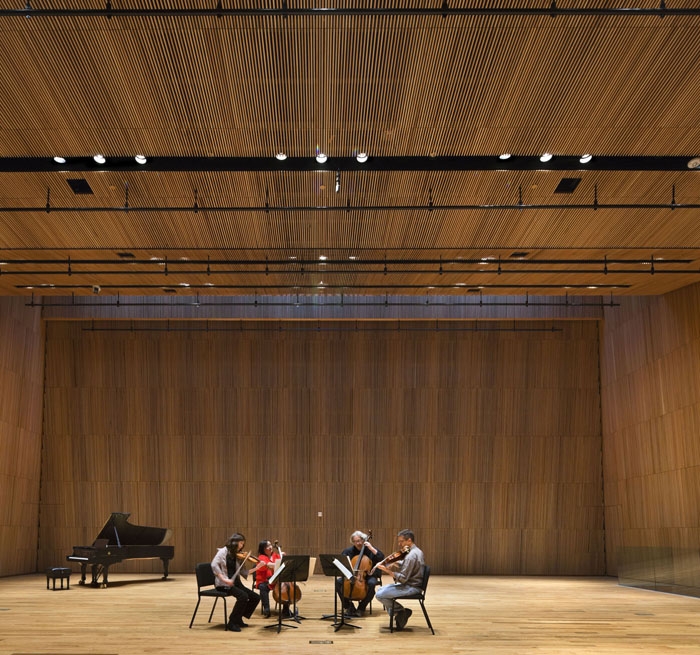 Orchestra of St. Luke’s, The DiMenna Center for Classical Music

The Orchestra of St. Luke’s, founded in 1978, is a prominent and versatile classical music organization recognized for their collaborations with well-known artists from around the world.. Initially conceived as a rehearsal and recording space dedicated to and acoustically optimized for classical music, the DiMenna Center quickly became known as one of the city’s leading venues for contemporary classical music concerts.

Auerbach Pollock Friedlander provided comprehensive theatre consulting for the Orchestra’s new venue including the 3,395-square-foot Mary Flagler Cary Hall. Advanced lighting systems and the accommodation for rigging a variety of elements overhead were designed by the firm. Formerly a 499-seat theater with balcony, the hall was stripped to the studs and rebuilt with state-of-the-art recording and staging capabilities and with acoustics for classical music in mind. The firm worked closely with the acoustician to ensure that the hall was insulated from outside noise including the rumble of the adjacent Lincoln Tunnel. This was accomplished by designing a room-within-a-room that floats on rubber pads.

The DiMenna Center for Classical Music is LEED-CI Gold certified.