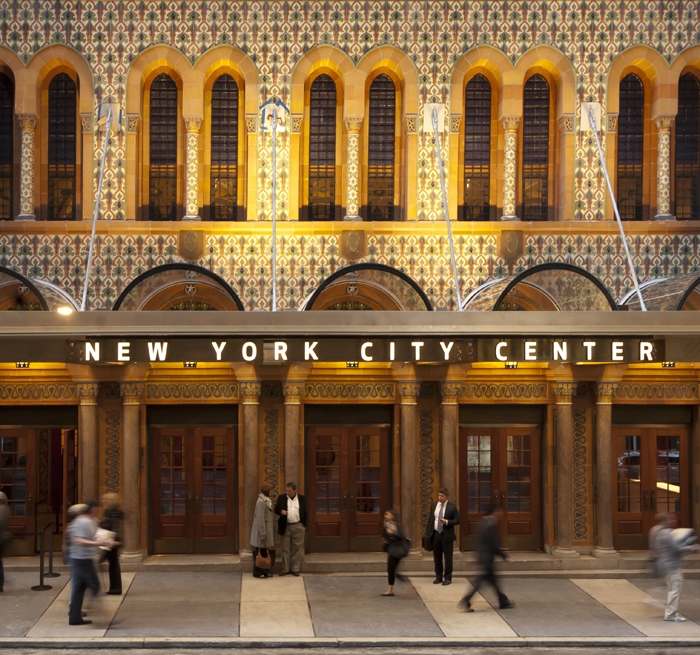 Originally constructed as the Mecca Temple for the Shriners in 1923, the New York City Center underwent a $75 million renovation to modernize the 2,257-seat theatre in 2009. The goal of the renovation was to maintain the Neo-Moorish character of the original building while bringing it into the 21st century.

Auerbach Pollock Friedlander provided audio-video and production lighting system consulting for the modernization project. The plans for the renovation design also had to ensure no interruption of the performance schedule. This meant that the renovation was phased over two years to allow the continuation of a full season of production and events.

Working closely with City Center’s management and stagehands, Auerbach Pollock Friedlander updated the stage lighting systems and house lighting control and also designed a complete overhaul of the audio-video infrastructure for the main stage including new equipment rack rooms and cable plant. The project also involved new digital signage in the lobbies and audience circulation areas and an innovative video-art installation feature for the main lobby.