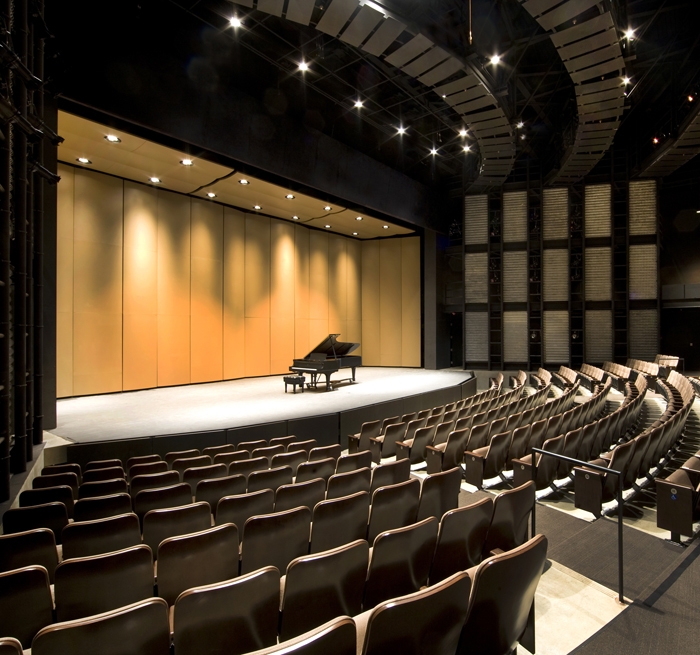 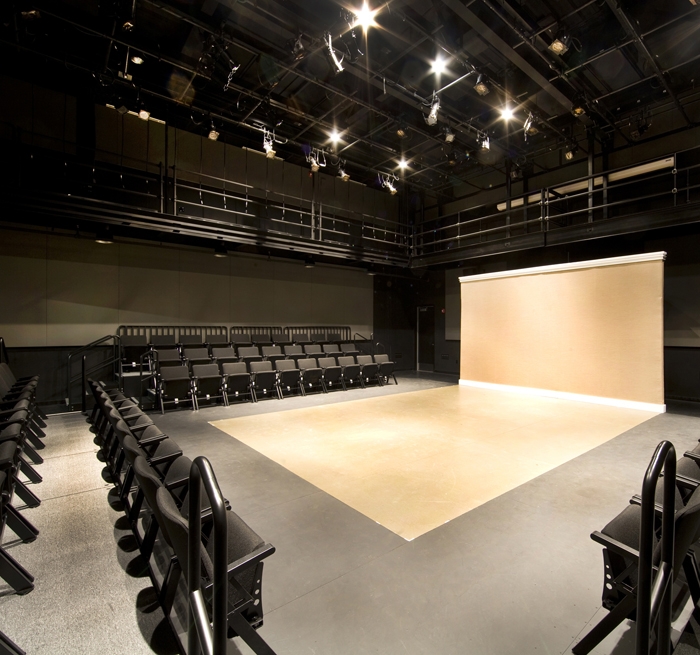 Following the approval of a 2002 bond measure, Napa Valley College embarked on a campus expansion including a new $31.5 million academic Performing Arts Center with three new performance venues, as well as instructional space for the College’s growing music and theatre arts programs. Auerbach Pollock Friedlander provided theatre and audio-video consulting for the programming, planning and design of the new Center, which answered the long-established need for live performance space in the southern end of the valley.

Directly served by a generous lobby space that was nearly doubled from its original program area, the Center’s public venues include a 494-seat music theatre/concert hall, a choral room/recital hall seating up to 100, and a flexible studio theatre seating up to 100 patrons in various performance configurations. The larger lobby area was the result of gifts specifically aimed at expanding the space for large galas and fundraisers – a critical aspect of this long-awaited facility. Additional key support areas include a large orchestra rehearsal room, a drama rehearsal studio, scene and costume shops, music classrooms, and practice rooms for individuals and ensembles.