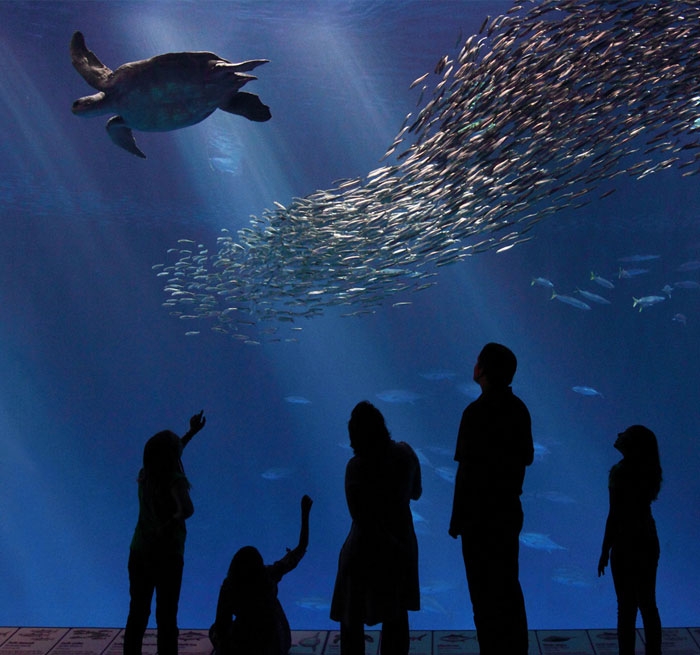 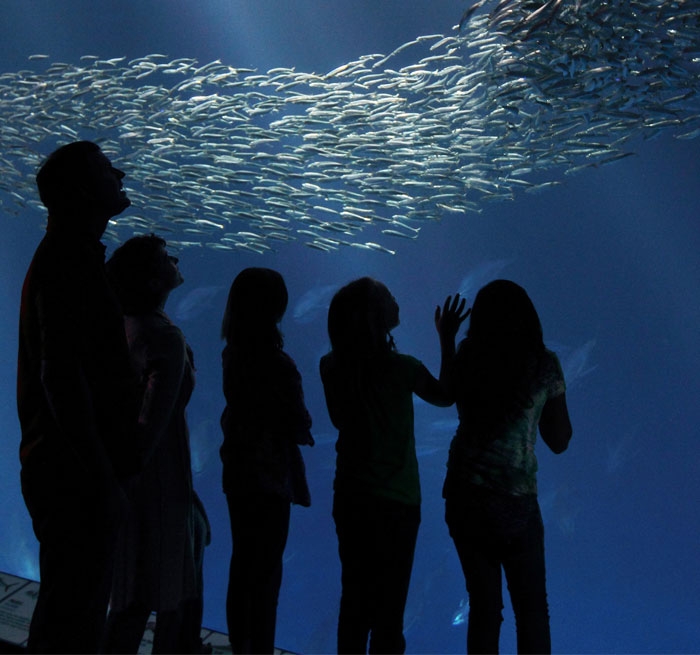 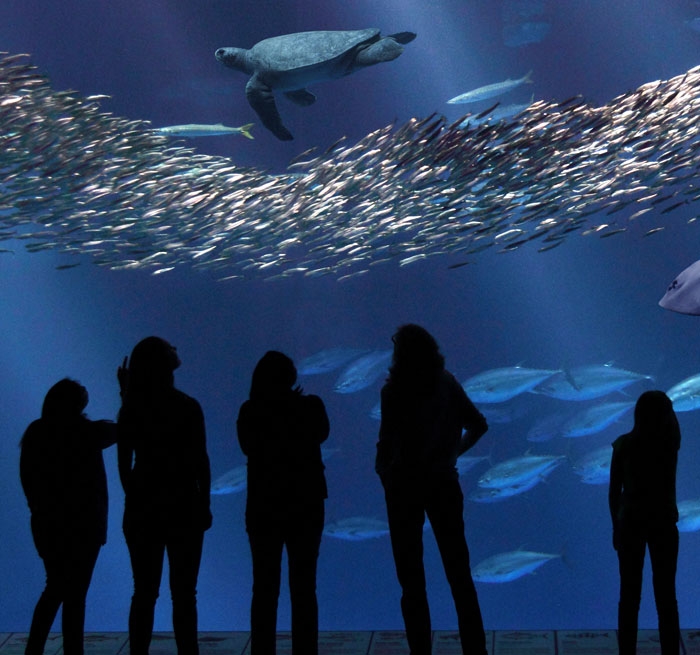 Located at water’s edge on historic Cannery Row, the internationally celebrated Monterey Bay Aquarium, founded in 1984, is a major attraction in California with an annual attendance of over 1.8 million visitors. Expanded with a new wing in the spring of 1996, the 1 million-gallon sea water Open Sea tank is a primary feature and the largest exhibit at the Aquarium. Auerbach Glasow was charged with the original lighting design that was featured to display a wide variety of saltwater fish, reptiles, sharks and rays.

In 2010, with the exhibit in dire need of refurbishment, Auerbach Glasow was contacted to update the original design with contemporary light sources and a few added features. The final design, determined through a series of onsite mock-ups and with remarkably few changes to the original concept, featured conversion to a newly available, very high color rendering metal halide lamp, which vastly improved the appearance of the sea creatures. Dramatic narrow beam “sunlight shafts” were increased in number and a directional fan, added to the top of the exhibit gives movement to the water surface, creating the ripple and bounce of light beams traveling through the water.

Re-opened to critical acclaim in the late summer of 2011, the Open Sea tank was recognized with an Edwin F. Guth Memorial Award for Interior Lighting, Award of Excellence by the Illuminating Engineering Society of North America for the International Illumination Design Awards.

Auerbach Glasow continues to collaborate with the Monterey Bay Aquarium on future projects.