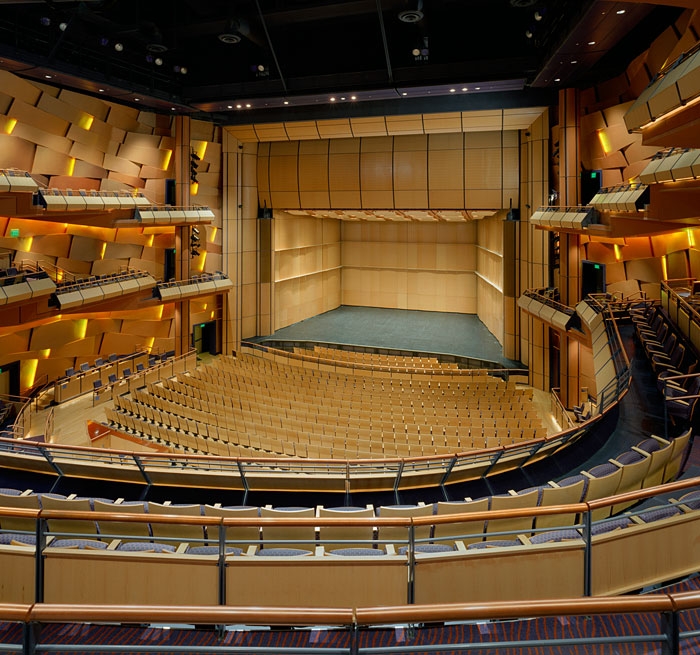 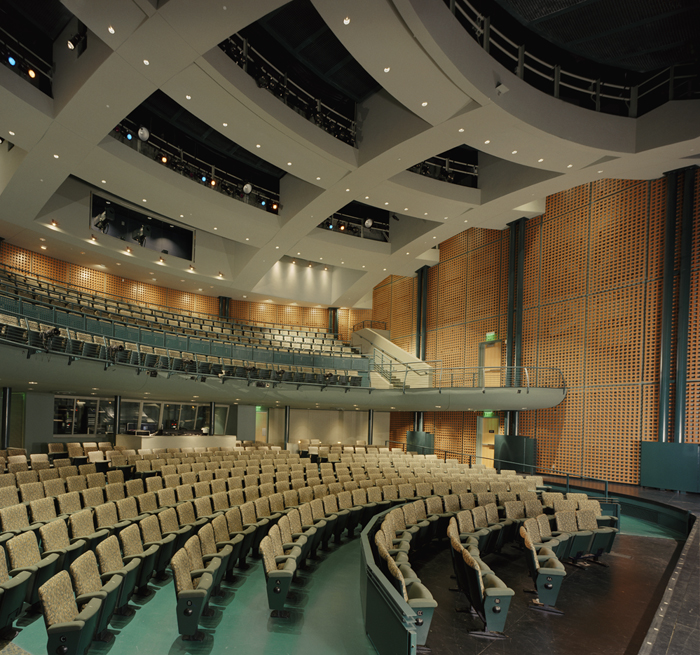 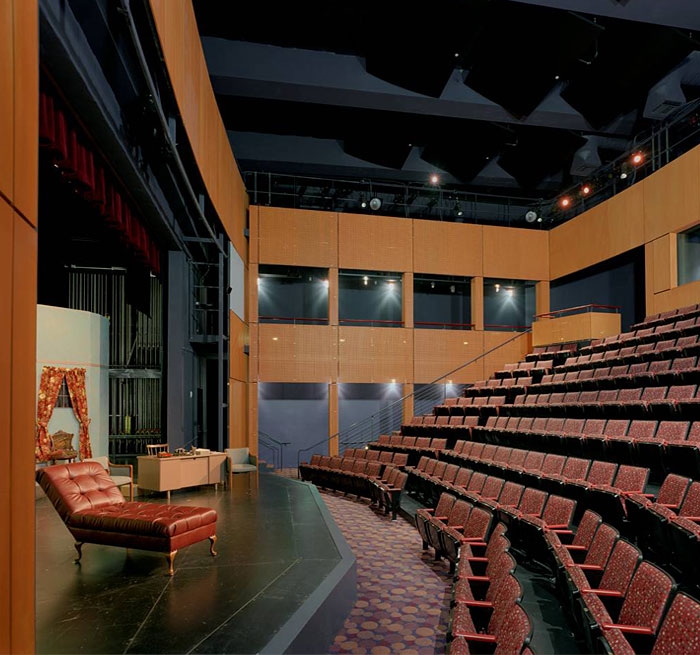 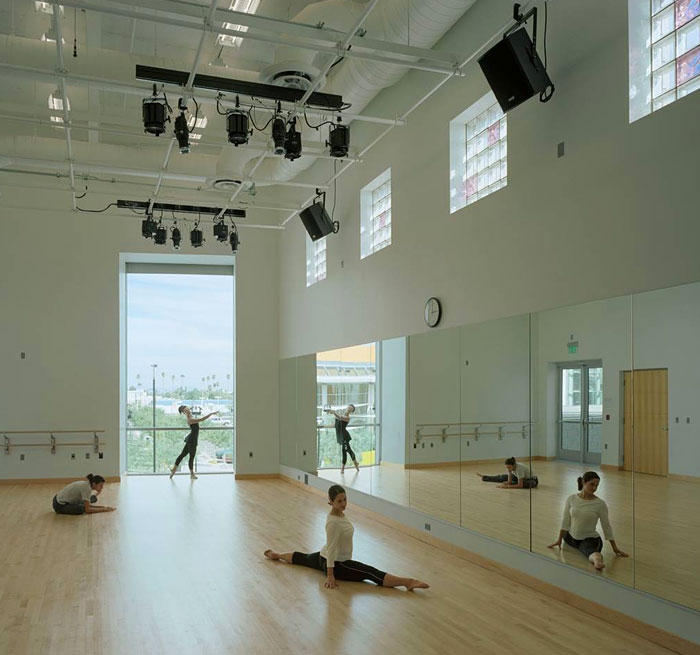 Prior to initiating design, Auerbach Pollock Friedlander assisted with public programming sessions, tours of community performing arts assets, interviews and discussions with potential end users. The firm synthesized the data gathered from the community and crafted a Center to meet the needs of Mesa’s arts scene with capacity for future growth.

The designs of the four performance venues – three proscenium theatres of varying sizes and a black box theatre – show the firm’s versatility and range. The canyon-inspired design of the Ikeda was developed with adjustable acoustics for a variety of musical performances from symphonies to soloists. The Piper Repertory Theatre contains a modified thrust and is designed to provide an intimate experience and connection for both the audience and the performer. The raked stadium-seating of the Nesbitt/Elliott Playhouse was designed specifically to house “Stageworks” – the Mesa Arts Center’s resident children’s theatre. The black box theatre provides flexible seating for theater, cabaret, receptions, meetings and exhibitions.