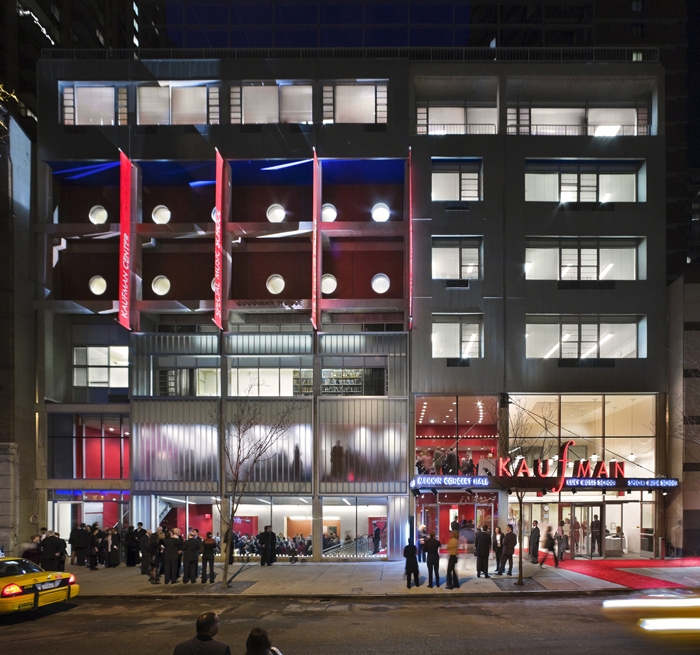 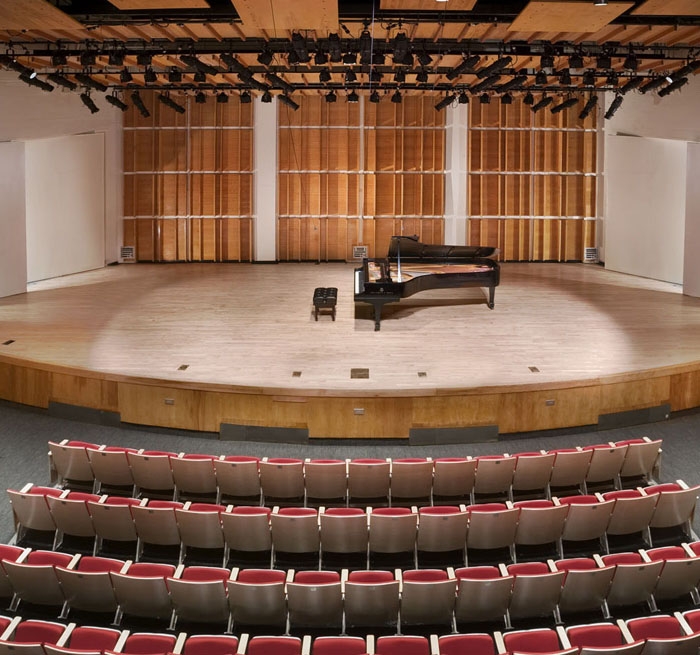 Merkin Concert Hall reopened in January of 2008, after a nine-month renovation to the façade, lobbies and interior of the facility. Auerbach Pollock Friedlander collaborated with Robert A.M. Stern Architects on the project after having completed a feasibility study and facility upgrade plan in 2004 that set the initial criteria for the renovation.

The Abraham Goodman House building, built in the late 1970s and designed by Ashok Bhavnani, houses the Kaufman Center and is comprised of three divisions: Merkin Concert Hall, Lucy Moses School – a community arts school and Special Music School – and a New York City K-8 public school. The team was asked by the administration to design numerous technical improvements for the concert hall without affecting the acoustics which are considered by many to be among the best in New York. This was accomplished by implementing a series of subtle but significant changes to nearly every element of the space, while maintaining the original appearance and preserving the acoustic quality of the room.

The auditorium layout remained unchanged with the sole exception of provision of ADA accessible seating locations. Seating was refinished and reupholstered and paint finishes updated to further enhance the aesthetics of the room.