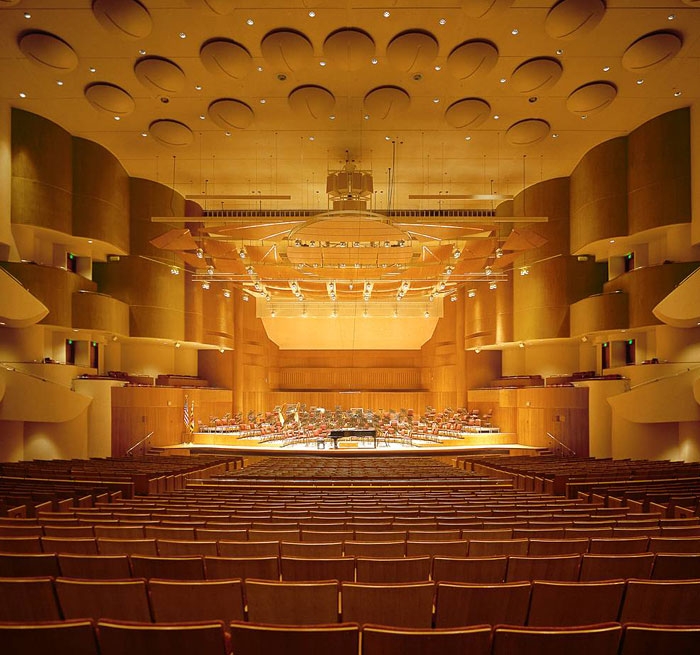 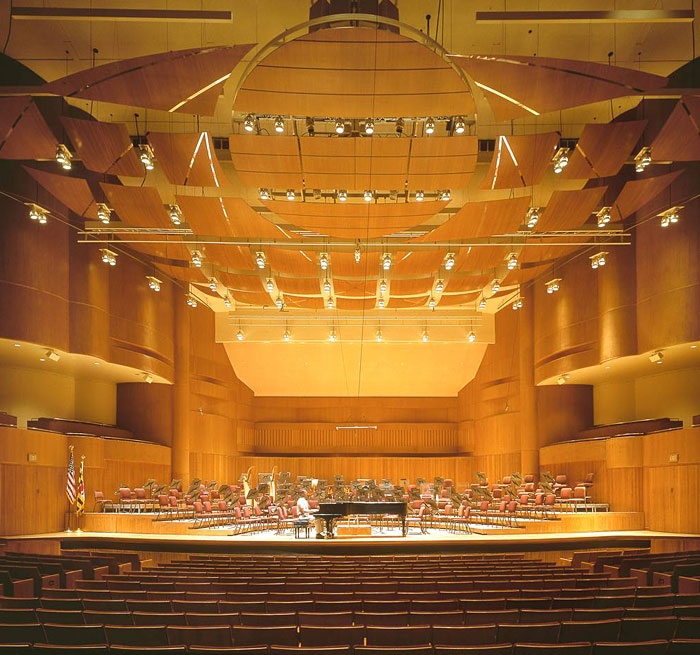 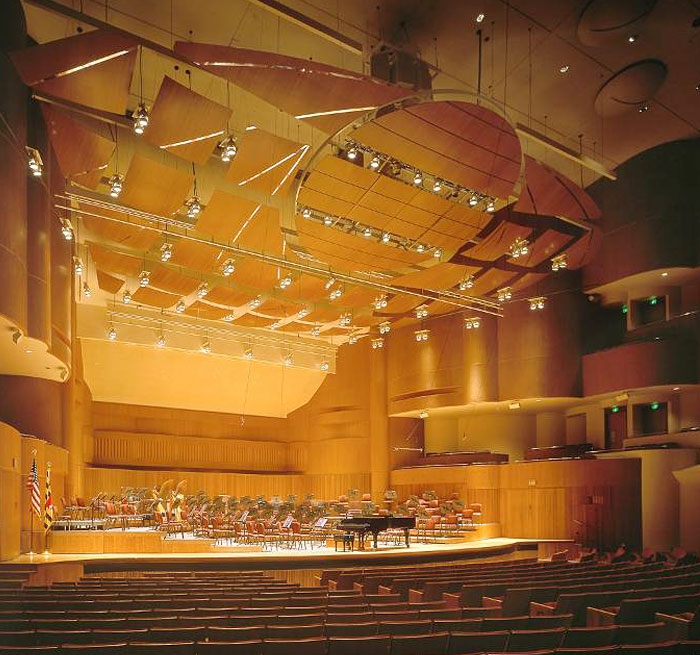 Auerbach Pollock Friedlander provided theatre consulting and theatrical systems design including audio-video systems for the renovation of the 2,400-seat Joseph Meyerhoff Symphony Hall. The firm was asked to develop a phased plan to be accomplished over a five-year period in order to allow the Baltimore Symphony Orchestra to continue to perform in the hall on its regular season schedule.

The primarily music-driven renovation focused on sound and acoustical clarity in order to improve quality for both the audience and the musicians. To meet the symphony’s demanding criteria, the firm developed a new over-stage rigging and acoustical canopy, as well as major upgrades to the sound reinforcement system, audio-video wiring and theatrical lighting system. The new systems canopy was designed to meet the acoustician’s guidelines; the new performance sound systems were coordinated with acoustical upgrades and tailored to the specific acoustic characteristics of the room.

The improved lighting positions over the stage integrate with the over-stage canopy and controls for both were consolidated into one central location. Concert, architectural and theatrical lighting is now completely computerized and controlled via an Ethernet-based lighting network.