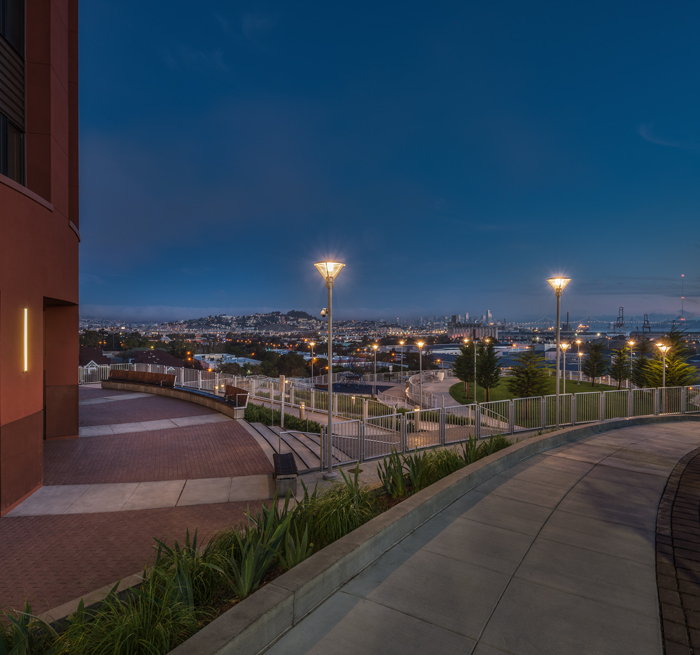 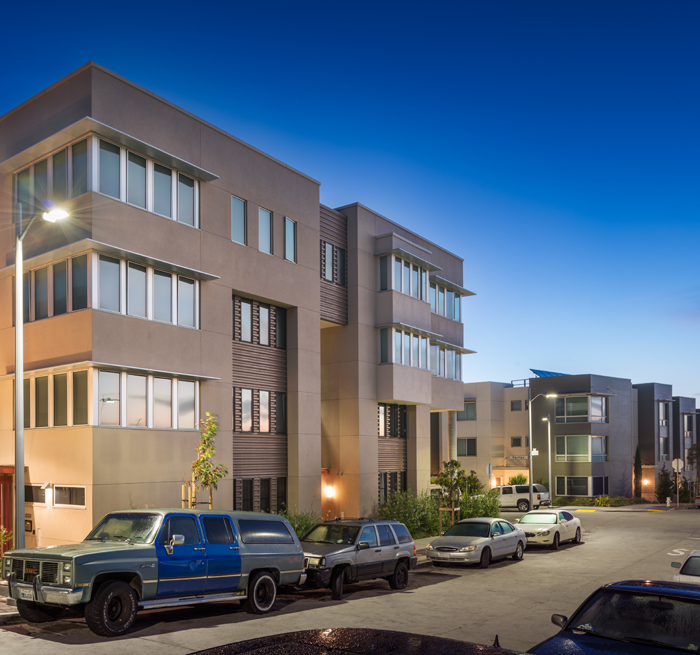 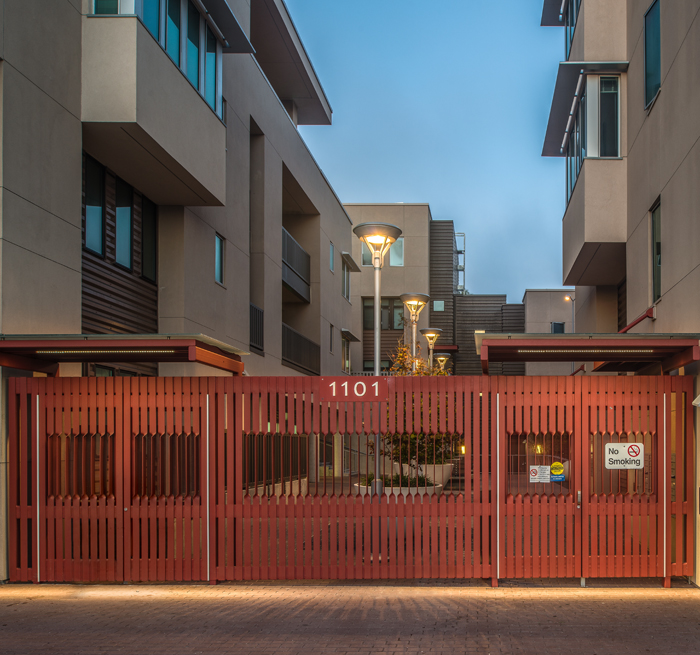 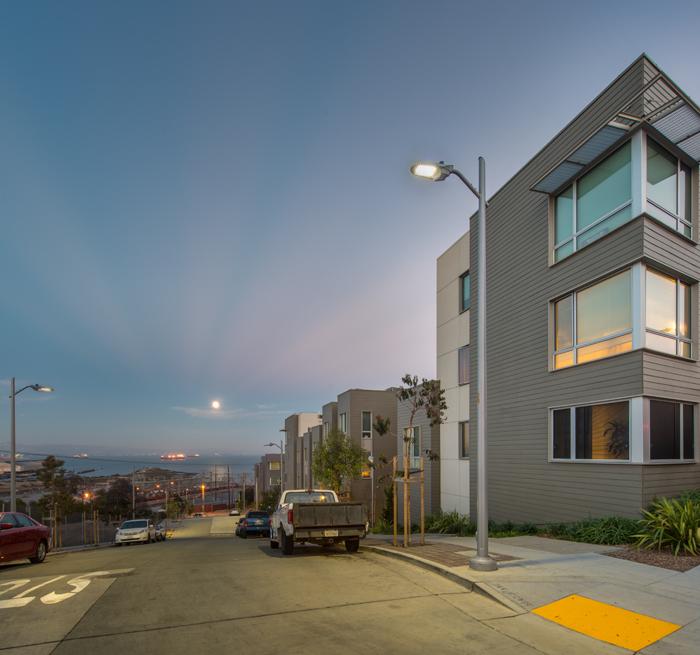 As the first phase of San Francisco’s HOPE SF reconstruction program, which has as its goal the creation of a mixed-use and mixed income neighborhood, Hunters View is the first housing complex in the redevelopment of an oft-overlooked area of the city.  Replacing dilapidated housing projects and scaled to mimic typical San Francisco density, this first phase will consist of new housing for 700 occupants on Blocks 4, 5 and 6; Promontory Park; and a pedestrian path called Cashmere Connection which links existing adjacent housing with the new buildings.  Maximizing the steep topography, the design showcases sweeping views of the Bay.

The architecture of the three blocks was divided between Mithun | Solomon (formerly WRT/Solomon) and Paulett Taggart Architects.  Auerbach Glasow provided architectural lighting design for the exterior public spaces, building entries, facades and streets.  Collaborating closely with the two different design offices, Auerbach Glasow applied a unified lighting concept throughout the streets creating a strong sense of place and community with an emphasis on improving safety.

Sconces at each doorway give residents a sense of ownership while providing each block with its own sense of identity.  Providing ambient light levels, heavily shielded fixtures in the inner courtyard of each block allow children to play safely under the watchful eye of their neighbors and create a much-needed sense of security in Hunters View.

The entire master plan is expected to be implemented by 2017.