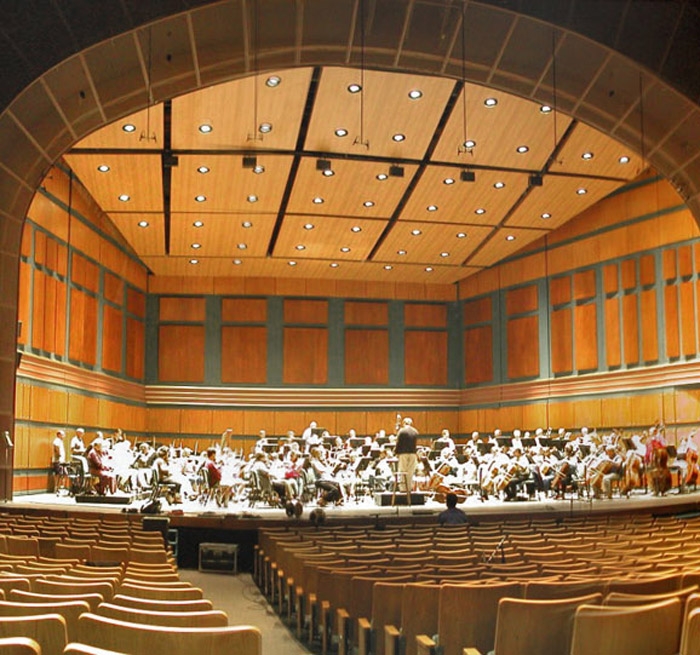 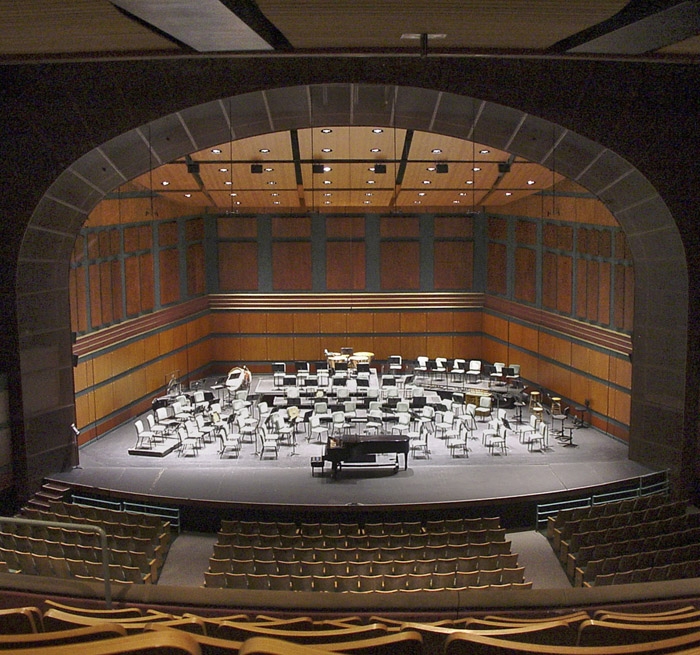 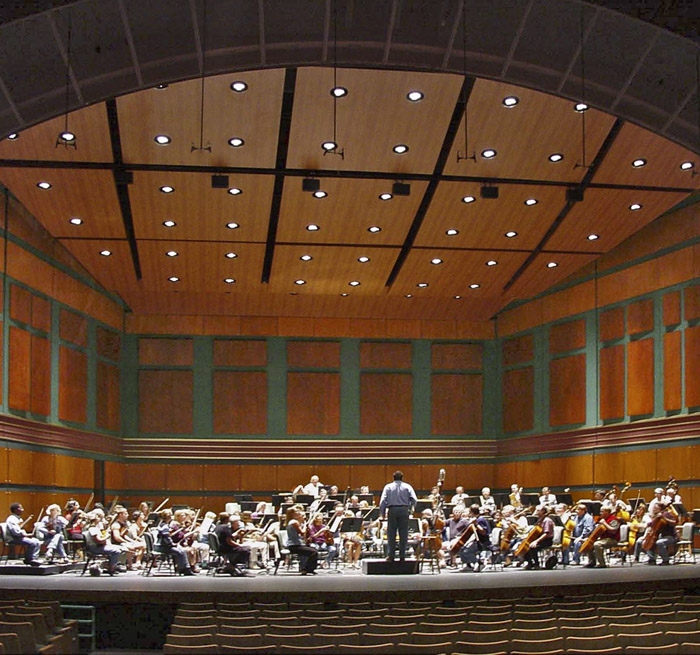 In 1983, the 2,500-seat Silva Concert Hall – primary venue of the Hult Center for the Performing Arts – became the first major facility in the United States to feature a 100% electronic architecture solution to its acoustical design. In 2003, Kirkegaard & Associates were hired to head up the acoustical renovation of the hall, replacing the analog processing systems with new computerized digital equipment, as well as replacing the lightweight orchestra enclosure. Auerbach Pollock Friedlander faced the challenge of designing a new heavy shell with sufficient mass to improve the warmth of musical programming and significantly enhance onstage communication amongst the musicians. A new motorized rigging system designed to bear the weight of the new shell was integrated with the existing manual production system allowing staff to easily store or deploy the overhead orchestra enclosure ceiling elements.

For orchestra performances, a series of towers were designed to accompany the ceilings and replaced the original lightweight gray fiberglass enclosure. These wooden elements were specifically designed to reflect the architectural character of Silva’s award-winning basket weave ceiling. The result is a far more hospitable acoustic environment that quickly won the plaudits of natural acoustics purists.

Silva Concert Hall is the home of the Eugene Symphony and also hosts pops, touring Broadway shows and other groups.