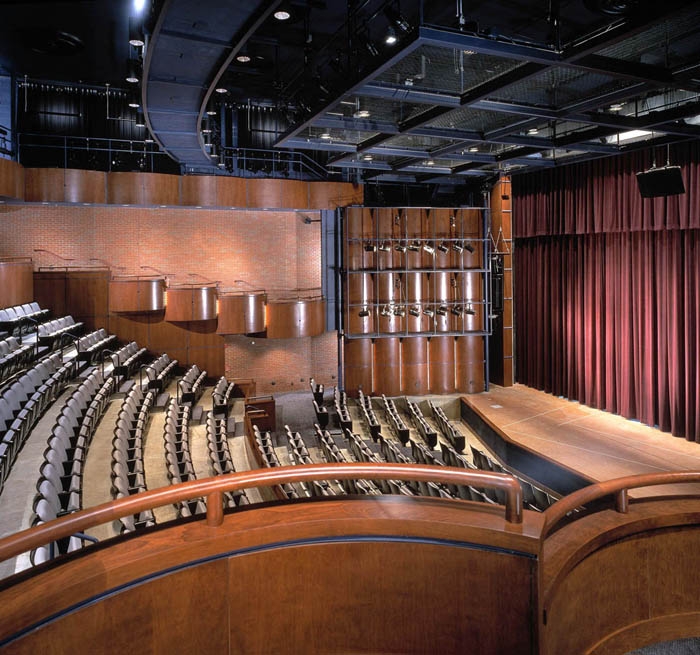 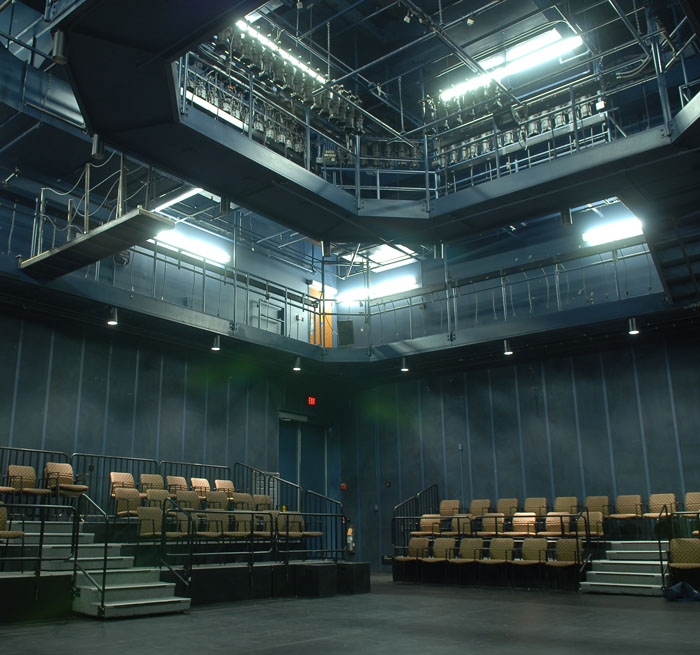 In 1993 Auerbach Pollock Friedlander was invited to lead a two day charrette work session to help plan for a new drama and music facility to gain the support of a potential donor. The intense work session resulted in an evaluation of needs and an overall scope for the project in terms of space requirements and the consideration of three sites on campus.

After a year and a half the project began in earnest with its focus on the School of Drama and an associated art gallery. The planning process suitably infused the program into a site that was held for such a venue in the recently completed campus master plan. The difficulty of this site required an organization of the new building functions to fit on a steep ravine and work in context with other large adjacent structures.

A critical part of the planning process was the analysis of existing spaces that would then be vacated and released for other uses. These released spaces were critical in setting the minimal program areas in the new venue and offsetting utilization assignment costs to the department.

The firm was the theatre consultant for the resulting Purnell Center for the Arts, home to the university’s drama department. The heart of the Center is the 400-seat Chosky Theatre with a fully rigged fly-loft, trapped stage, orchestra pit and a theatrical lighting network computerized communication control system.

In addition to the Chosky Theatre, there is a flexible 150-seat studio that can be configured in the basic arena layout and is used as a television production studio.

The Purnell Center’s lighting lab, also designed by the firm, gives students the opportunity to mock up and test a full range of lighting and control equipment. The lighting lab is interfaced with the main lighting control system network and with independent power and control.