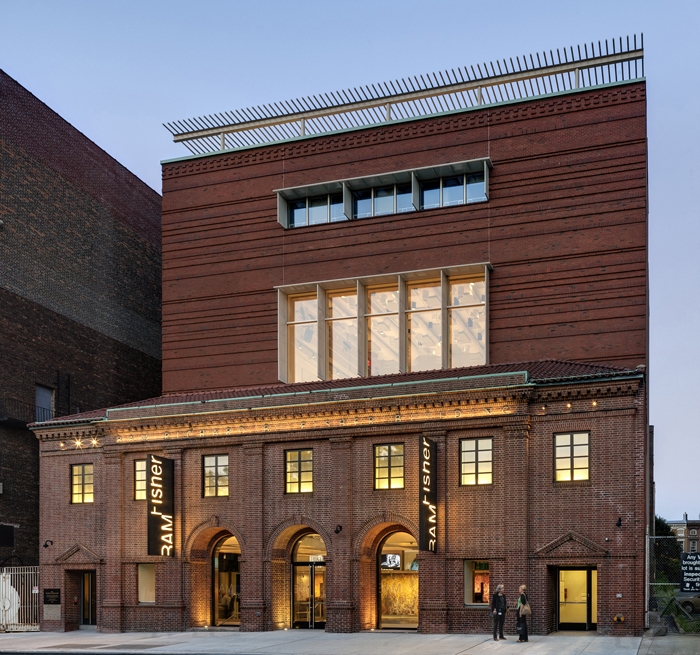 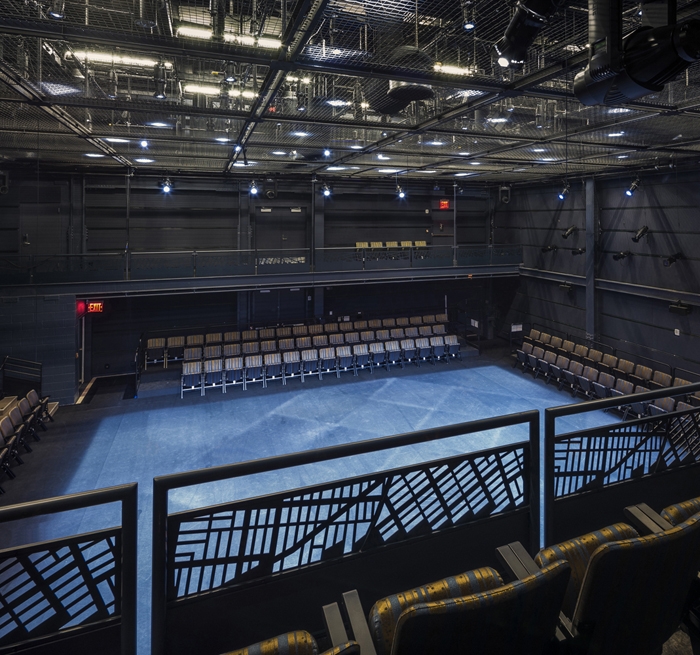 The first new building structure at the Brooklyn Academy of Music in more than a century and the first LEED Gold certified theatre in Brooklyn, the seven-story Richard B. Fisher Building houses the 250-seat Fishman Space and Scripps Stage, the 1,600-square-foot Fisher Hillman Studio, the Fisher Rooftop Terrace and Stutz Gardens and Leavitt Workshop.

As part of its ongoing working relationship with Auerbach Pollock Friedlander, BAM challenged the firm to lead the development of an intimate, flexible, community-friendly venue for the campus, with the goal of opening up performances for a new range of artists. Auerbach Pollock Friedlander provided space planning, layout for seating and sightlines and theatrical system design for both the Fishman Space and the Fisher Hillman Studio. Both theatres are flat-floored rooms with flexible seating. The Fishman Space, seating 250, is fully flexible and easily configurable to end-stage, thrust stage and arena arrangements with the use of a retractable seating system, and the Fisher Hillman Studio accommodates up to 125 with loose seating. The studio supports the main venue for rehearsals and development of new work, and will be used by the education department, humanities department and community groups; it features large windows with views to downtown Brooklyn and blackout shades to be used as needed during performances.

A scene shop, dressing rooms, a roof terrace with event space, a two-story lobby, offices and administrative space support the broad range of events and performances at the Richard B. Fisher Building.