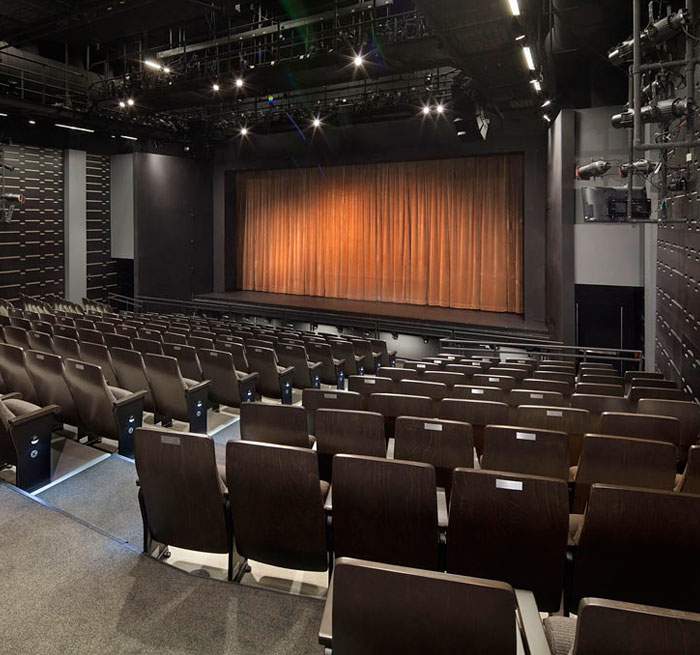 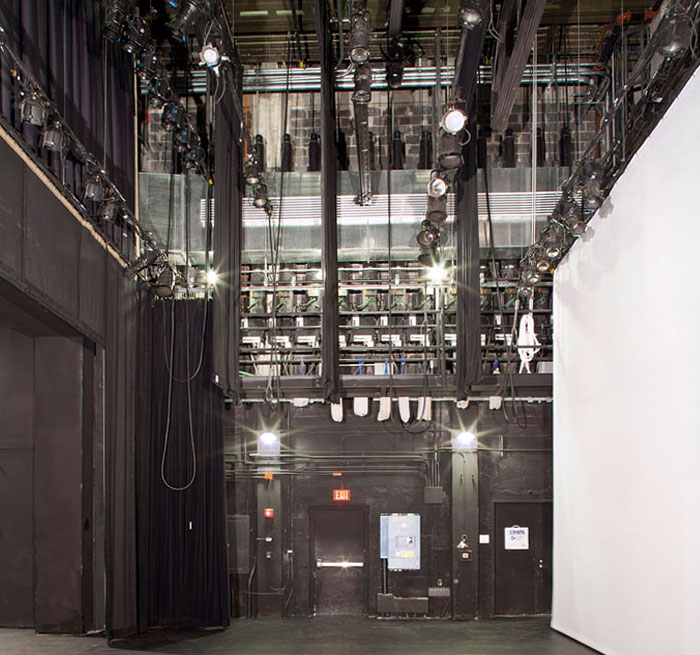 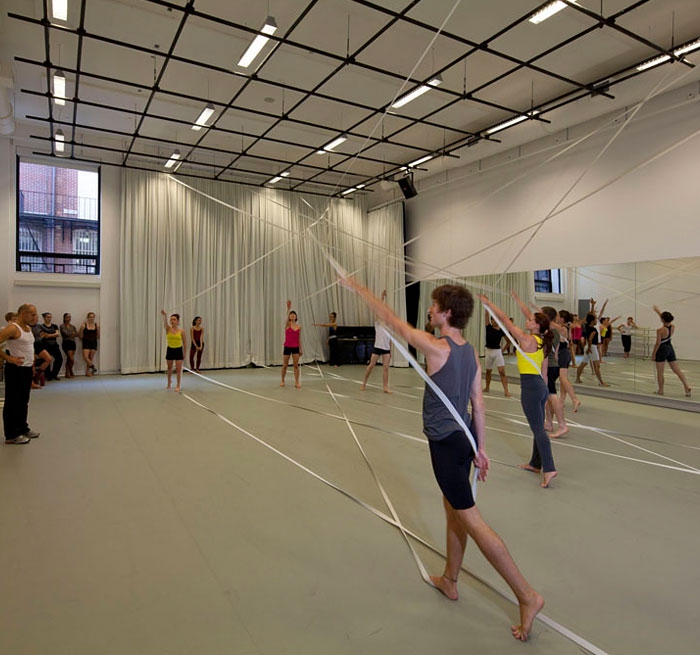 Founded in 1867, and one of the nation’s oldest performing arts schools for undergraduate and graduate level training in music, dance, and theatre, Boston Conservatory’s renovation of the 23,000-square-foot Boston Conservatory Theater main stage at 31 Hemenway Street, and a 15,000-square-foot addition on an adjacent lot at 27 Hemenway Street, created a centerpiece for the intimate campus. Auerbach Pollock Friedlander provided audio-video and theatre consulting for both spaces

A digital sound mixing console is located within the control booth and a simple lecture system is available onstage to allow faculty to conduct classes and rehearsals without the need for a sound operator.

Production video camera positions are located at the cross aisle and at the rear of the audience seating to allow archival recording of performances.