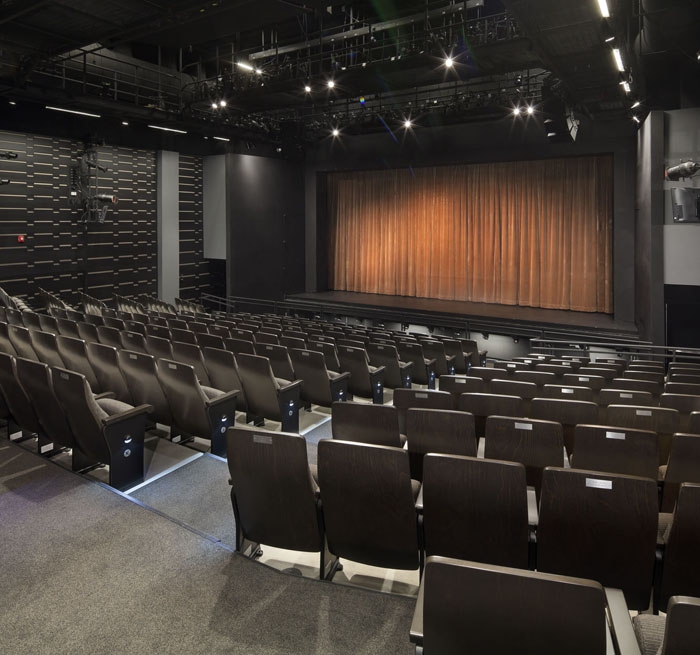 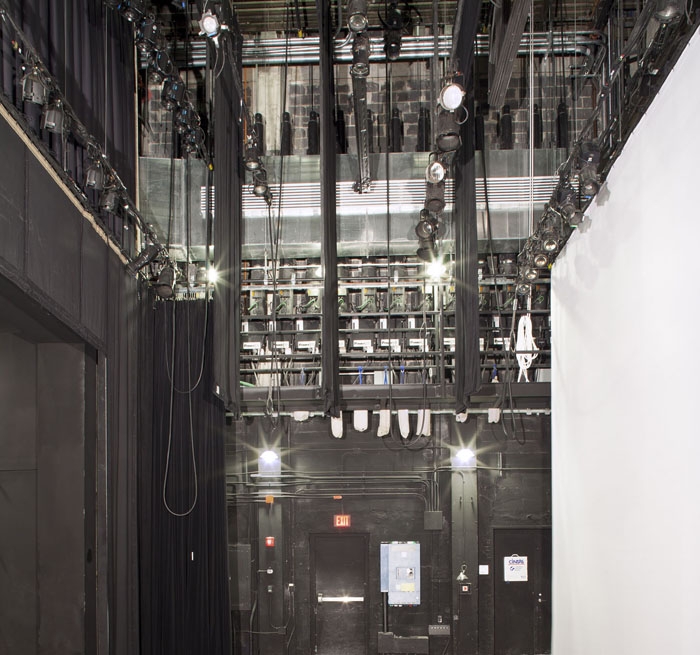 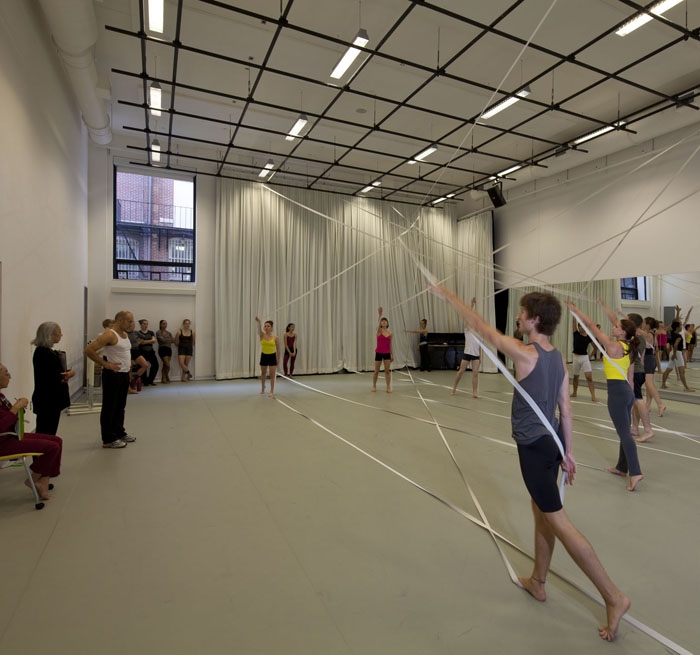 Founded in 1867, and one of the nation’s oldest performing arts schools for undergraduate and graduate level training in music, dance and theatre, Boston Conservatory’s renovation of the 23,000-square-foot main stage theatre at 31 Hemenway Street, and a 15,000-square-foot addition on an adjacent lot at 27 Hemenway Street, created a centerpiece for the intimate campus.

The constraints inherent in renovating an existing theatre led Auerbach Pollock Friedlander to recommend the replacement of the counterweight system, which was beyond its usable life, with variable speed hoists mounted vertically on the stage wall where the counterweight arbors had been. This reduced the cost of installation and provided easy access for inspections and maintenance. Detailed inspections prior to completion ensured that the rigging system would function smoothly for the students.