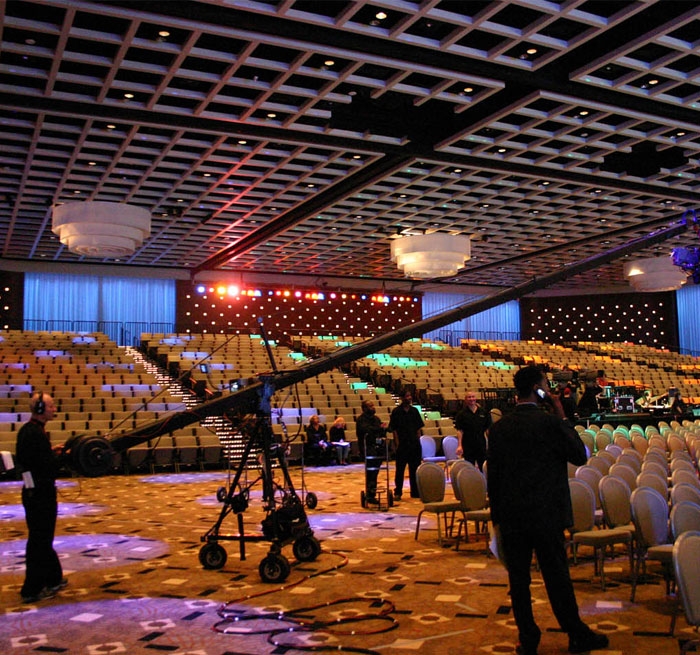 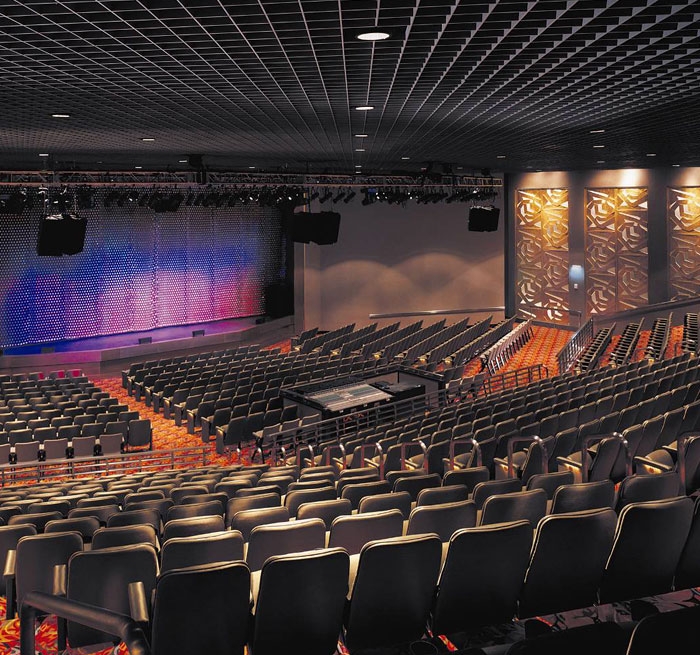 The Event Center Ballroom is a flat floor space that subdivides into four smaller function rooms. The performance sound system was designed to accommodate the various room configurations.

The audio-video systems for the fixed-proscenium Music Box Theater which hosts concerts, music reviews and standup comedy in a more intimate setting were designed to provide concert sound reinforcement, production video infrastructure and technical backstage communications, as were the Ballroom systems.

Finally, in MIXX, the firm created an audio-video design that allows conversion from a sophisticated restaurant setting into a nightclub with state-of-the-art sound and lighting effects. The club sound and video systems were designed to provide full-range sound playback, as well as video projection with special effects. A karaoke system has also been provided in a separate room within the club.