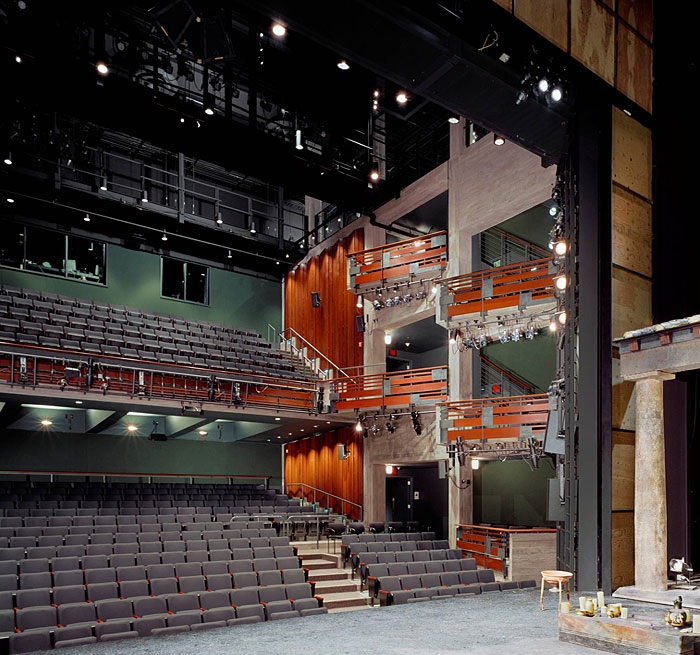 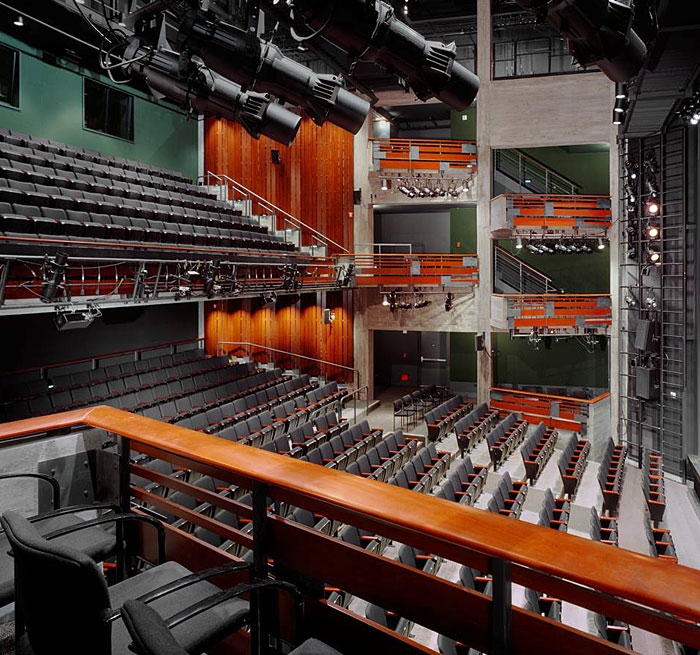 The Berkeley Repertory Theatre is one of the crowning jewels in America’s network of repertory theatres and is widely known for its community-oriented, interactive and intimate style. The Repertory Company’s 600-seat Roda Theatre forms the keystone of the downtown Berkeley arts center.

Auerbach Glasow collaborated with the architect in the design of the architectural lighting for the interior of the theatre and public spaces, the auditorium and the lobby.