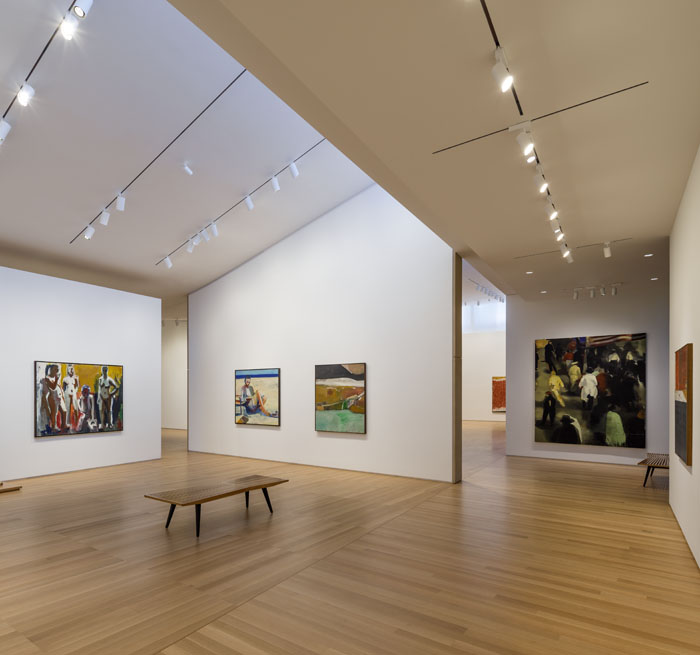 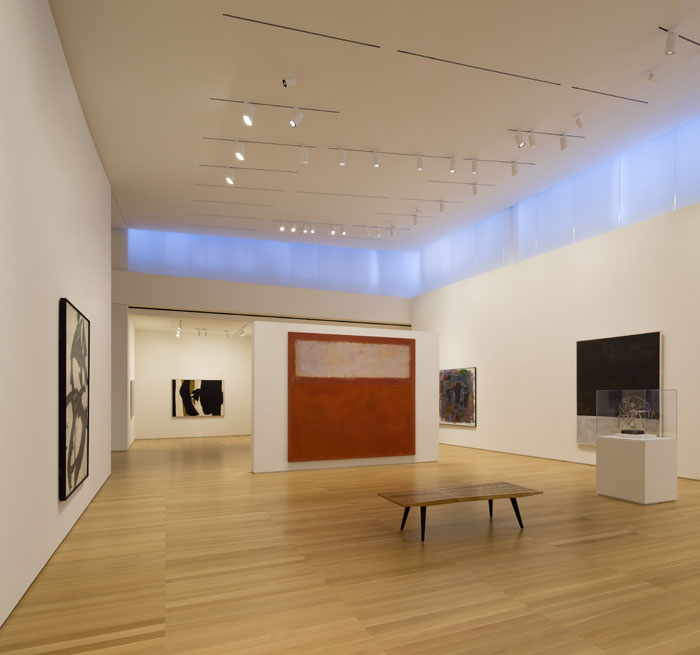 Harry W. and Mary Margaret Anderson and Mary Patricia Anderson Pence bestowed a gift of 121 major pieces of postwar American art to Stanford University in 2011.  Housed in its own new building designed by Richard Olcott of Ennead Architects and known as the Anderson Collection at Stanford University, the donated pieces represent inimitable paintings and sculptures from the family’s vast collection.  Auerbach Glasow designed lighting for the inaugural exhibition, which includes works by Richard Diebenkorn, Ellsworth Kelly, Jackson Pollock and Mark Rothko among other illustrious artists.

Working closely with Jason Linetzky, the director of the Anderson Collection at Stanford University, Auerbach Glasow developed the lighting approach and layouts for the exhibition; the expansive white walls are washed with light as a backdrop to the art and each piece is subtly highlighted to make it stand out from the surrounding wall.  Careful attention was paid to conservation requirements and the light levels delivered by both natural and electric light.

The Anderson Collection is the latest addition to an area on campus that is becoming known as the Stanford Arts District.