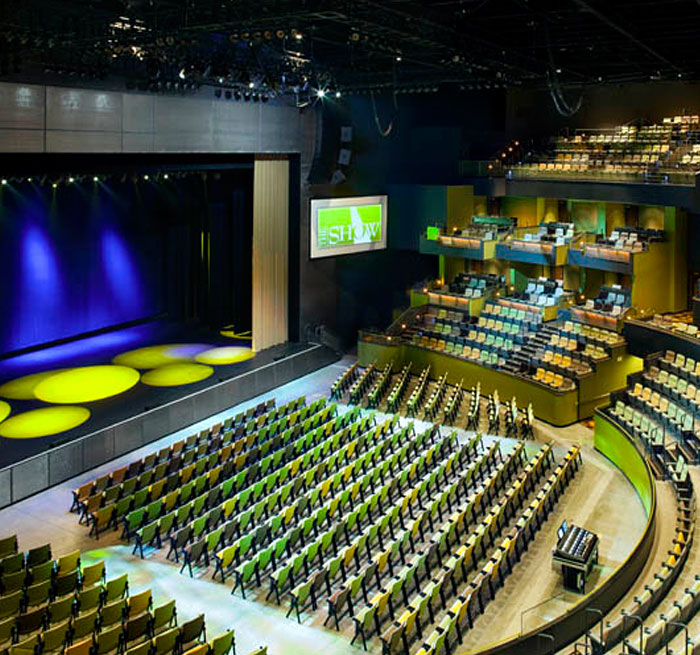 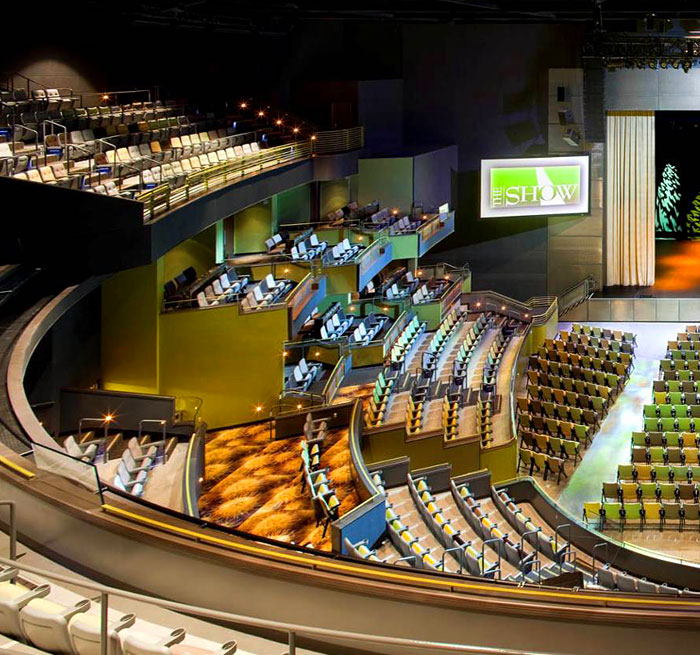 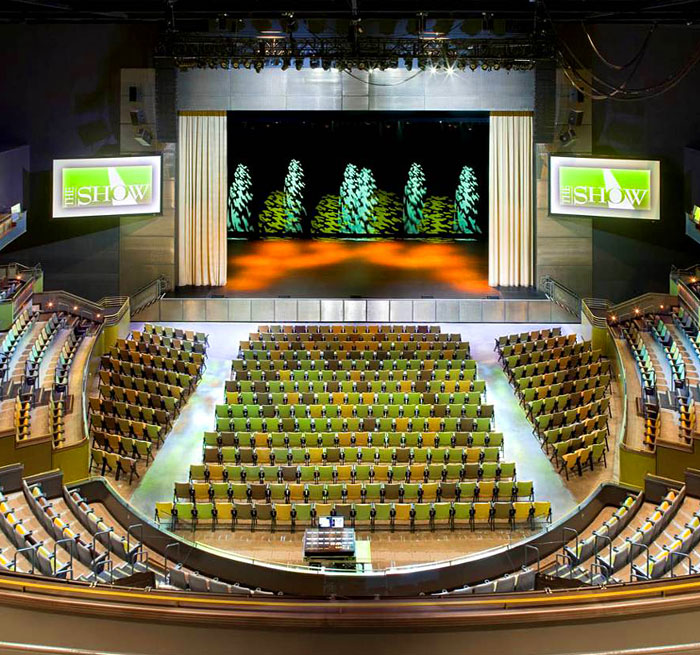 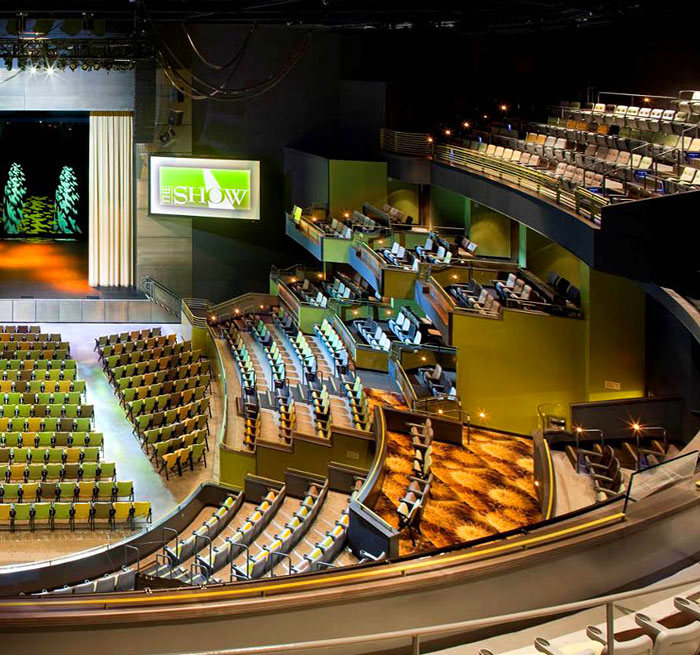 Built as companion to the Agua Caliente Casino, on land owned by the Cahuilla Indians, The Show Concert Theatre was designed in the style of a traditional large performing arts center theatre built specifically for rock concerts. With seating capability of up to 2,018, this multi-purpose headliner room also hosts televised Ultimate Fighting Championship matches as well as stand-up comedy, fashion shows, dining, and other special events.