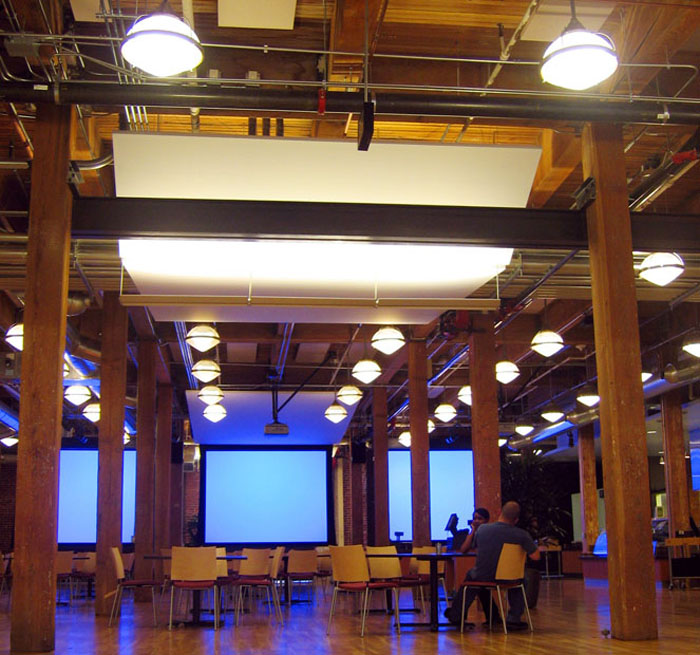 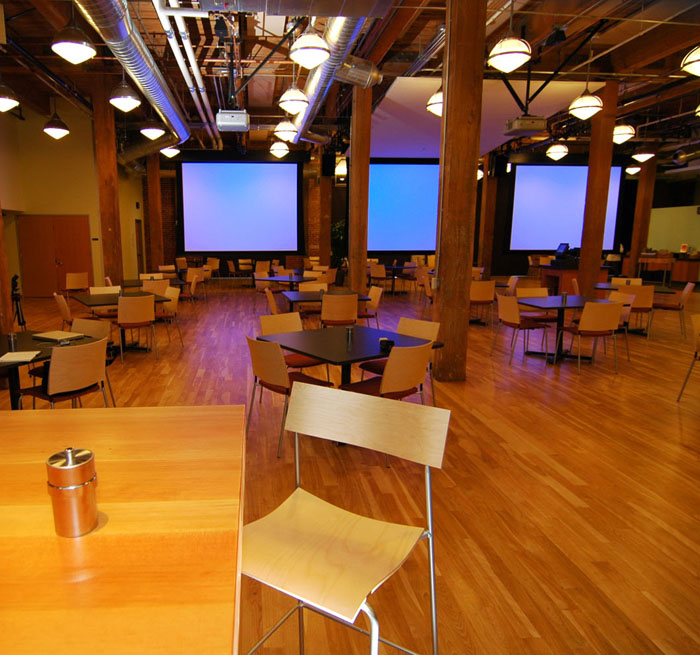 Auerbach Glasow provided architectural lighting design for the project’s public and common areas including the exterior, conference rooms and the first floor space known as the Town Hall which includes a dining and presentation area.

Housed in the Baker & Hamilton portion of the facility which was built in 1905, the lighting in the Town Hall was designed with the historic structure in mind. Fixtures were selected with an industrial feel that complements the exposed beams and brick walls of the space.